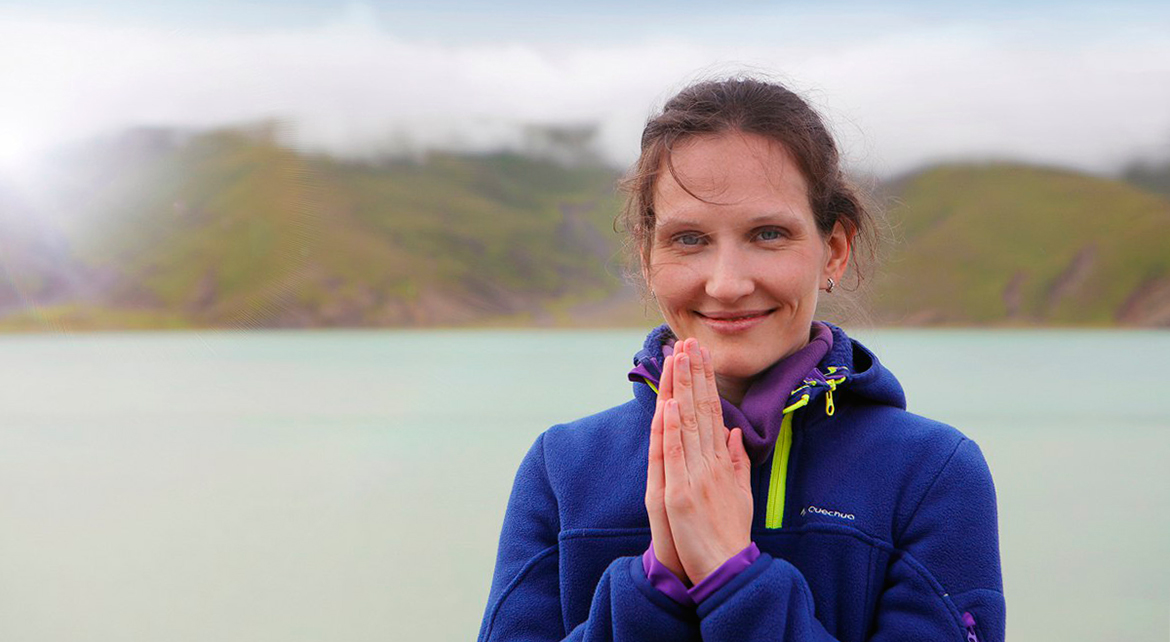 Why I wanted to go to Tibet, what I need is there? Trip review

I’ve asked myself so many times: “ Why do I want to go to Tibet, what I need is there?”. And every time I couldn’t answer to this question, I just knew that I want to go there, that’s it.
I wouldn’t even say that my desire to go to this trip was for the happiness of my beloved, family and closest friends. My family is suffering from my ideology anyway (just kidding, you know what I mean). I realized very well that I wouldn’t get any enlightenment there and my spiritual development is not there for sure. I was also aware that it wouldn’t be an easy trip.

Only now, 4 months later, I could say that this trip hasn’t left me the same. I have a strong feeling that travelling to Tibet became an ending of one stage of my life and beginning of another. What is it hiding, I don’t know yet… It was very unusual to accept myself so different and to realize that everything is impermanent and probably, now is the right time for me to change.
Sometimes, when you see or hear something, you have a feeling that you’ve seen or heard this before or it’s within a touch for you and speaks to the soul.

Well, everybody has its own experience but I think that at least once in a life, everyone felt something similar. So, I had this feeling, a deja vu actually, when I was viewing photos from the previous Tibet trips of OUM.RU club. It wasn’t something informative or related somehow with Tibet. Nope. I remember this picture from my early childhood and it was raising calmness, peace, joy, confidence and arising of an energy. It was like something essential of me and whatever happens with me, I knew that everything will be fine. That’s why the wish of visiting Tibet became something “fairy” for me. I didn’t think too much and I let the Universe know that I must go there in this life. It was just a question of the time. But the waiting time, wasn’t too long, surprisingly. Of course, I’m so grateful to the Supreme forces for their help in making this dream to become true.

I still did not believe it was happening to me in reality, before the arrival in Lhasa. But at the moment when we exited from the airport, despite easy vertigo, I felt exactly the same state of the mind which called my deja vu. This energy was present with me the entire journey even in the difficult moments. But I’ll talk about this later. The first mind was that I was here in former times. And my home was here. But I didn’t feel that I need to stay here.

I knew that this stage passed away. It was like a peaceful rest for my soul and fresh air for my lungs. I will be grateful for this to Tibet my whole life. By the way, at the beginning, my internal voice tormented me that this is very selfish to be here, in Tibet and not to be where I should be. But I’ve promised to myself that I would definitely “work off” this “rest”. After passing the kora around the Kailash, such minds didn’t appear anymore. I didn’t regret and had no doubts, I’ve realized that if I’m here, it’s necessary not only for me.


Many guys, from OUM.RU club, who’ve been in Tibet and passed the kora for many times, have told about some crucial and difficult moments after which everyting became easier, phisically and energetically. Same thing happend with me. Of course, it was related to the high altitude where we raised and the energy of the Kailash itself.

Can be said, it was really difficult for me at my first day of kora, although the distance was the shortest at that day. After passing the first day, I knew already how I’m going to pass the following days. Sitting to rest briefly, I’ve realized that this is not for me, I couldn’t stop and I have to go, even slowly. And to have a long exhale through my mouth ( Valentina suggested me to do so, many gratitudes to her for help and support along the whole journey!). But the second day (and the last one, because I’ve managed to pass the kora in two days) was much easier than I could imagine. It was more exciting than difficult. And yes, I was also thinking like: “When it’s gonna stop?!”.

But I think it’s fine to think so at that moment. We are human beings, bounded to the physical body and Kailash it’s the throne of the Gods. The second day and passage of the highest pass of the Kailash (Dolma La), reminded me of another experience of my life, or rather, two. I do not remember my birth in this world, and it doesn’t matters. But I still have memories about births of my children. Exactly the same feelings I had when I delivered my two kids. I had the sense of regeneration and winging after the passing of Dolma La. Although, in about 100 meters before the highest mount I wanted to say: “ That’s it, I can’t go anymore, you can do whatever you want with me!”. Same was before my children’s births. At the moment I couldn’t do anything from my side, but mentally, addressed to the Gods with gratitudes, gotten a second wind, and somewhere found the strength to reach the end. Praise to Tara!

When I returned home, my son asked me if I would go with him to Tibet, when he grows up a little bit. Of course, I told him that I would go, but how else could it be?! And he went to pack his baggages… I’m so grateful to Andrey and Katya for excellent organization of the tour in Tibet and I want to wish them great success in their difficult but good work! I’m also grateful to the whole our group for their help and support and just for their company!
Praise to all Teachers! Praise to Defenders of Tibet! OM!

To join the tour, please fill out the form below. All fields are required. If you do not receive a response from us within the next business day, please contact us directly.